The feature image used is a stock image. The author of this story is known to Mamamia but has chosen to remain anonymous for privacy reasons.

It was a Saturday night and I was too many gins in to stop myself. By the time we met outside the pub, we were ready to rip our clothes off each other. We ran home in the rain, him piggybacking me over mud puddles in the park.

Back at his, coats thrown off and hair damp with drizzle, he laid me down on the bed. Hitching up my red dress, he slid my lace g-string off and started kissing down my body. Wriggling in pleasure, I pulled his hair for more. I needed him in me now.

I’d like to blame the alcohol, but I know that’s not true. We’d been texting the entire day before and I’d subtly dropped into conversation that I’d be out at a party. ‘Out’ has pretty much become our code word. We both know that it’s the only time I let my guard down, along with my panties.

But Darcy* is different to anyone I've been with. He gives me the most explosive orgasms I’ve ever had – yet, has the smallest penis I’ve ever seen.

He unzipped quickly and, with jeans still around his ankles, urgently pushed himself inside me. Holding my knees up, he was hard and fast, and I was so close. Pulling me up the bed and into his lap, I lowered myself onto him as he grabbed the back of my head and kissed my deeply. Suddenly tearing my dress off to reveal a matching red lace bra, he slipped my breast out, biting down hard on my nipple. Clawing at his back, I rode him quickly until we both came, seconds apart, in a frenzied haze.

I know Darcy isn't right for me. We’re totally different people, not to mention he is seven years younger than me. I haven’t even told my friends about him... he’s my dirty little secret. But I just can’t give up sex when it’s that good - despite his little package.

It isn't just small, it's tiny. I've measured it using my hand, for clarity’s sake, and erect it's as long as my thumb. Yet...I can't stop going back for more.

WATCH: How long is the average schlong? Post continues after video.

It’s been four months since I met his minimal member, and given Darcy's six-foot-three frame, the discovery came as quite a surprise under the cover of a flimsy sleeping bag on the bottom bunk of his Munich hostel. It was Oktoberfest, and as his hands made their way under my dirndl, I slipped down his lederhosen to find this unalarming bratwurst.

Unsure how sex would even be physically possible, I feigned some self-control and headed back to my hotel. I’d encountered a micro penis before and it didn’t go well. We were teenagers and I was taking his virginity. It was extremely short lived, completed faked on my behalf and afterwards, when he giddily told me that that was his first time, I had to pretend that I couldn’t tell.

But I’m a lot older now, I’m much more experienced and I’ve met my fair share of unusual penises, including one which bent at a right angle and required a certain degree of adaptability. I’m also a firm believer in second chances, so when Darcy invited me over for dinner a week after our first fumble in the sheets, I accepted.

I’ve noticed over the years that when some men fall below average, they feel the need to make a comment about it. 'I’m a grower not a shower.' 'I haven’t got the biggest tool in the shed.' But Darcy didn’t say any of that. He was full of confidence (which was actually a massive turn on), highly attentive and, my God, did he know how to use it. 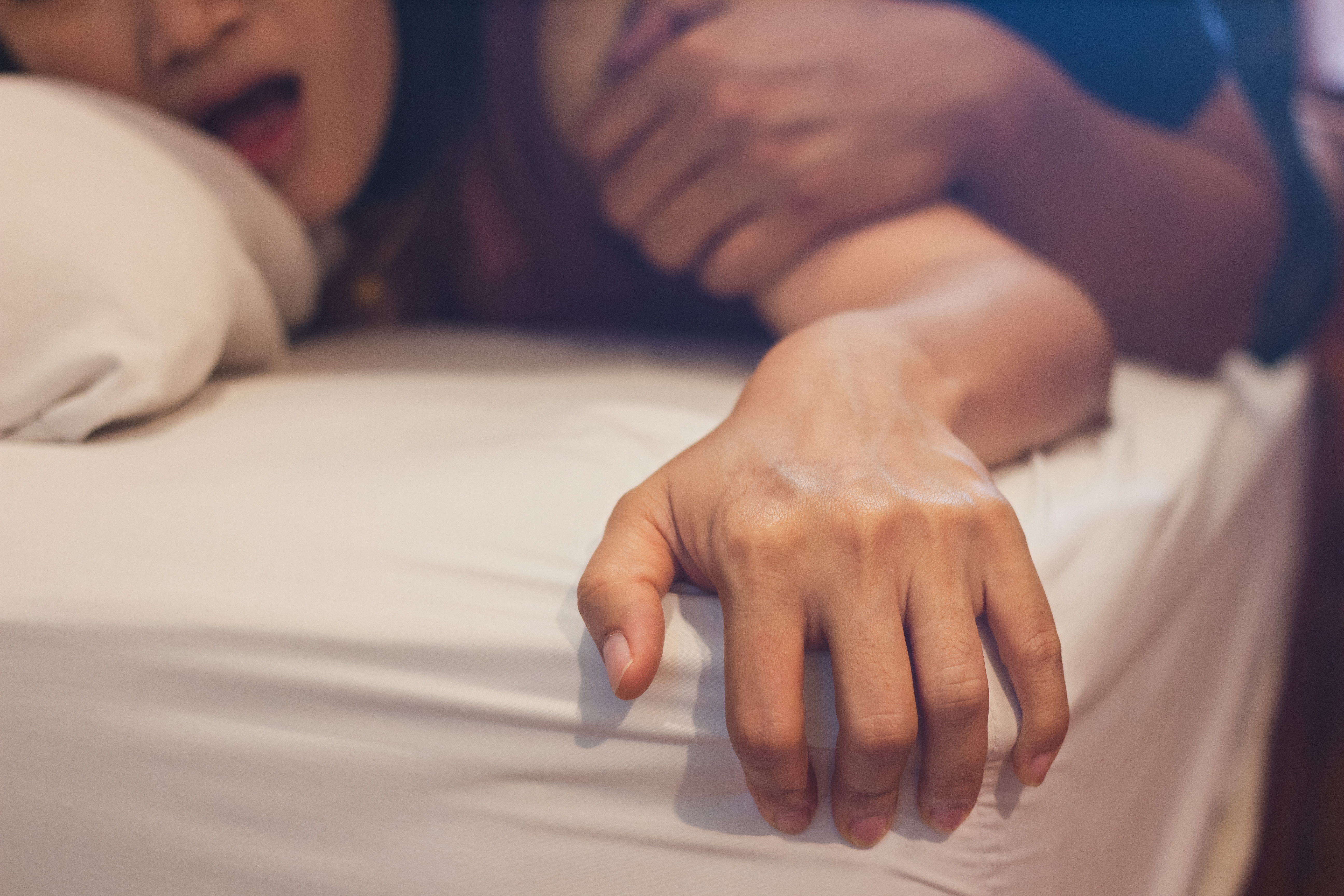 "I can't stop going back for more." Image: Getty.

Somehow, every position was intensified. Kneeling between my legs, he lifted my hips up to drive himself deeper. On top of me, he pushed my legs skywards, while rubbing against my clit. It worked, it fit, and I came in frantic waves like never before.

I used to think that I needed to feel ‘full’ to be satisfied. I lost my own virginity to a very tall English boyfriend with the biggest penis I’ve ever had, I refused to believe that “it’s the motion of the ocean not the size of the boat” and I’d protest length over girth. But the older I get, the more in tune I am with my body and what I need. A hand here, a mouth there, some very naughty dirty talk and pinpoint clitoral stimulation.

It's safe to say I'm a total micro penis convert, and despite the fact Darcy is definitely not my soulmate - I cannot give up the mind-blowing sex.