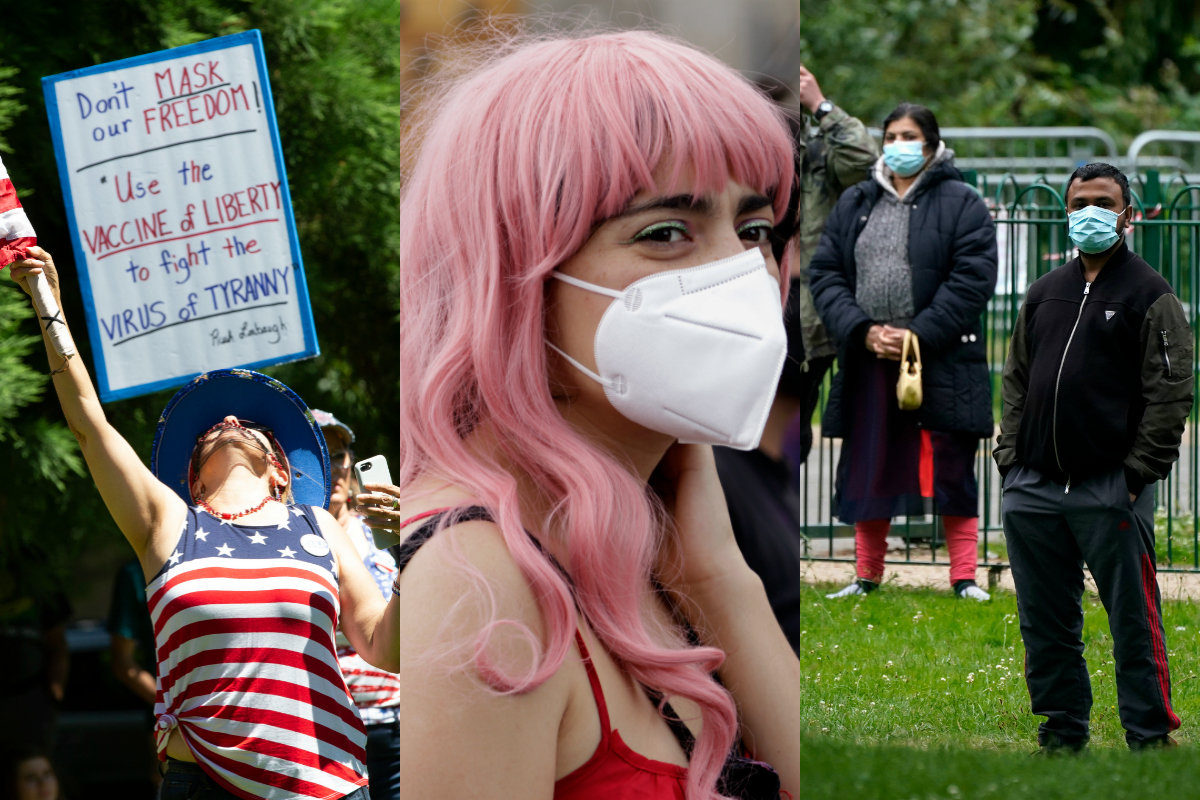 Today marks six months since the World Health Organisation received the first reports of a cluster of cases of pneumonia of unknown cause in China.

Six months later, the world has recorded its 10 millionth person infected with COVID-19.

In the months between that last day of 2019 and now, the virus responsible has spread to almost all corners of the world. It has reached every continent except Antarctica, with the World Health Organisation (WHO) declaring it a pandemic on March 11 when 126,000 people had been infected around the world.

The months since have seemed to go simultaneously fast and slow.

We here in Australia have been confined to our homes for various amounts of time, depending on our home state. For many of us now, the pubs have reopened and the days can once again involve hanging out with friends or catching up with family.

But in the last couple of weeks, we have been reminded of the reality of the virus and just how insidious it can be, as Victoria struggles to maintain a second wave.

Our corner of the globe has (mostly) got the virus under control (sorry, Victoria), with tight border controls, lockdown rules and social distancing guidelines. However, as life has slowly returned to 'normal', or as close as it can be right now, the situation around the world has gone the opposite way.

Globally, the coronavirus pandemic is not getting better. It is accelerating.

"The worst is yet to come," WHO director-general Tedros Adhanom Ghebreyesus said on a call with reporters from Geneva on Monday. "I'm sorry to say that. But with this kind of environment and condition, we fear the worst."

"Tomorrow marks six months since WHO received the first reports of a cluster of cases of pneumonia of unknown cause in #China.

A tally on Sunday by Johns Hopkins University researchers said the death toll from the coronavirus pandemic had reached 500,108.

About one in four of those deaths - more than 125,000 - have been reported in the US. The country with the next highest death toll is Brazil, with more than 57,000.

The true death toll from the virus, which first emerged in China late last year, is widely believed to be significantly higher. To date, more than 10 million confirmed cases have been reported globally. About a quarter of them have been reported in the US.

The World Health Organisation announced another daily record in the number of confirmed cases, topping more than 189,000 in a single 24-hour period. The tally eclipses the previous record a week earlier at more than 183,000 cases.

Shutdowns, surges and steps towards normality.

In some parts of the world, governments that attempted reopenings have backtracked, and warn that worse news could be yet to come.

In US states, including Texas and California, reopenings have been rolled back and shutdowns of certain businesses such as bars reinstated as virus cases spiked once again.

Some beaches will be closed in Florida ahead of the upcoming Independence Day public holiday.

For a third consecutive day on Saturday, the number of confirmed US cases rose by more than 40,000, one of the largest surges in the world.

South Africa's health minister warned the country's surge of cases is expected to rapidly increase in the coming weeks and push hospitals to the limit.

Health Minister Zwelini Mkhize said the rise in infections had come from people who "moved back into the workplace. It was therefore inevitable that there would be cluster outbreaks".

In India, financial hub Mumbai has extended its lockdown by a month. The country reported almost 20,000 new cases on Monday.

In Europe, German authorities renewed a lockdown in a western region after about 1300 slaughterhouse workers tested positive.

Swiss authorities ordered 300 people into quarantine after a "superspreader" outbreak at a Zurich nightclub.

UK officials have imposed a new lockdown in the city of Leicester, which has a much higher infection rate than anywhere else, as the rest of the country gradually eases its restrictions. It is Britain's first local lockdown.

Africa's confirmed cases of COVID-19 continued to climb to a new high of more than 371,000, including 9484 deaths, according the African Centres for Disease Control and Prevention.

There are, of course, still success stories.

Poland and France attempted a step towards normality, as they held elections that had been delayed by the virus.

In Iceland, life has returned to normal with pubs and restaurants busy. Its presidential election took place over the weekend.

Tourism has also reopened for anyone who makes it past the country's airport swab testing, to filter out those who may be carrying the virus.

New Zealand currently has 22 active cases, all in managed isolation after arriving at the border. The country has not had a case of community transmission in five weeks, and all lockdown and social distancing measures are now over.

The European Union has opened its borders to nationals from 14 countries including Australia, New Zealand and Canada but has indicated they are likely to stay shut to other countries, including the United States for a long time to come. In practice, this is not helpful for Australians in Australia, as a travel ban currently forbids citizens from leaving the country.

Spread "could have been prevented".

WHO director-general Tedros stressed on Monday that not all countries were combating the virus with the same level of success or vigilance.

"We all want this to be over, we all want to get on with our lives, but the hard reality is this is not even close to being over," Tedros said.

The organisation did not name names, but made a dig at countries not doing enough to stop the spread as the world turns to reopening its economies.

The spread "could have been prevented through the tools that we have at hand," Tedros said.

"Time after time and country after country, what we have seen is this virus can be suppressed if the governments are serious about the things they have to do – their share – and if the community can do its share."

WHO praised nations like South Korea, Germany, Singapore and Japan for their handlings of a high number of cases and resurgences.

Mike Ryan, the executive director of WHO’s Health Emergencies Program, said the world's most successful strategies against COVID-19 relied on buy in from citizens who stayed home while community transmission is rampant.

"Communities have made a huge sacrifice for that to happen," Ryan said.

He said making the virus and ideas to curb its spread, such as the wearing of masks and lockdown measures, into political choices was harming our ability to beat it.

"We cannot continue to allow the fight against this virus to become and be sustained as an ideologic fight. We cannot beat this virus with ideologies. We simply cannot."