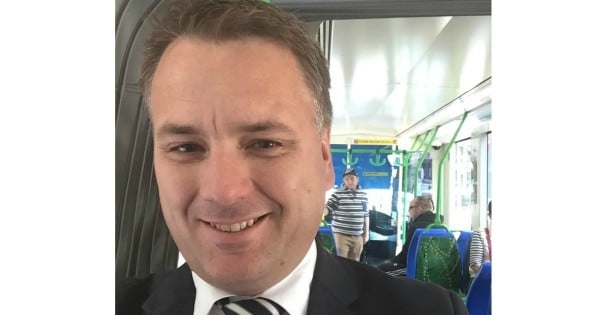 While most voters have been relaxing on golden sand, determinedly avoiding screens which might divulge news beyond tomorrow’s surf conditions, the politicians in Canberra have been awfully busy.

So for those who’ve only had eyes for Australia’s thrashing of the West Indies over the past 10 days, allow me to bring you up to speed on some of what our elected representatives have been up to.

The Prime Minister said goodbye to 2015 by accepting the resignation of MP Jamie Briggs from his position in the ministry. Mr Briggs’ resignation followed an incident at a Hong Kong bar involving a 20-something female public servant, where he was apparently highly intoxicated and behaved with excessive, unwanted affection. She made a formal complaint after her personal space was invaded by the Minister and his Chief of Staff failed to intervene, despite her requests.

Mutterings in Canberra were that the Prime Minister had held Briggs to an unnecessarily high standard of behaviour. (Because apparently the bar for appropriate conduct while representing Australia abroad should be just low enough to trip over). And after Briggs gallantly refused to name the public servant, a photo of her – taken on Mr Briggs’ phone – mysteriously made its way onto the front page of a national newspaper.

Yesterday, News Limited journalist Samantha Maiden took aim and fired off a ripper of an op ed directed at Briggs and his supporters. She called out Briggs’ behaviour for what it was – stupid and unbecoming – and for her efforts, she won a text message from another Government Minister, Peter Dutton, calling Maiden a ‘mad f*cking witch‘.

Dutton made the error that many of us have of sending a text about someone to them instead. He has since claimed the text message as his own and apologised. Maiden has accepted the apology, although it should be noted that she afforded Dutton the right to anonymity, a privilege not extended to the female public servant.

Labels like ‘witch’ or ‘bitch’ are inherently gendered; they are used to diminish and demean women. Those who use these terms, either consciously or not, seek to dismiss what a woman has said or done as less important than it would have been had she been male. In the same vein, treating women as purely ornamental or reducing them to objects of sexual desire – as was the case with the public servant in Hong Kong – renders their intellectual contribution irrelevant.

It’s been several months at least since issues of sexism in politics have graced the pages of our newspapers. But we shouldn’t kid ourselves that just because Julia Gillard and Tony Abbott aren’t around anymore, sexism in politics and political commentary has ceased to exist.

Remember when ABC journalists Leigh Sales and Emma Alberici’s interview style was labelled as ‘aggressive’ and they were advised to ‘tone it down’? Or when a chorus of ‘here comes the weather girl’ would routinely erupt when the young and attractive Kate Ellis MP would approach the dispatch box?

Last year, Clive Palmer claimed that former Chief of Staff to Tony Abbott, Peta Credlin was deliberately designing a paid parental leave scheme for her own benefit. Today host Lisa Wilkinson said that the most common question she was asked before giving the prestigious Andrew Olle lecture was ‘what are you going to wear?’ and not ‘what are you going to say?’

Going back a little further, perhaps you recall the appalling comments made to pregnant Sophie Mirabella MP, when a Labor MP decided it was okay to bring her unborn child into the debate? Or when Fairfax published a now infamous opinion piece by Geoffrey Barker who took aim at the beautiful women reporters on commercial television whose looks were distracting him from his news consumption.

Then there was the occasion when an Opposition Senator meowed at then Minister Penny Wong during an estimates hearing and Labor were appropriately outraged by the Coalition’s sexist approach. Until less than four weeks later one of their own MPs employed the same cat-call against Deputy Leader of the Liberal Party Julie Bishop.

While each of these events viewed in isolation might seem inconsequential, the whole truth is revealed by the sum of the parts. That equation reveals a political culture which, while accepting of women as equal players, still begrudges their participation. It is a political culture that has failed to learn from the disturbing treatment of former Prime Minister, Julia Gillard.

There is still a view held by a small but significant group of influencers in Canberra that women can muck in and have a go, just so long as they don’t mistake their involvement in political discourse for an actual contribution. Their belief is that if women are to be involved in the rough and tumble of political life then they must behave in an appropriately ‘feminine’ manner.

Women politicians and journalists are permitted to sit at the decision-making or agenda-setting tables but it comes with the expectation that they will bring qualities of kindness and compassion to the debate. When women in public life defy this expectation and behave as men do, making a bold, forceful or assertive contribution, they are more often than not, derided.

Yes, we may have a handful more women in the cabinet and a new ringmaster in Malcolm Turnbull but the sexist carnival of Australian politics rolls on, unchanged.

Samantha Maiden doesn’t need me or anyone else to defend her. No doubt she’s been called worse things after writing pieces that expose painful truths about their subjects. But just because she’s able to shrug it off, doesn’t mean she should have to.

She is a journalist who was simply doing her job and doing it well. So was the public servant in that Hong Kong bar.

And if they had been men, that would have been the end of the story.

I agree with much of what you said, but as for the gendered words, well men call women b*tches but women call men b**stards so I think in terms of insults you can't say one of those insults is more sexist than the other, but what is a problem is if women are being called b*tches 70% of the time and it only happens 20% of the time that men are called b*stards (just making up figures here to demonstrate my point), then yes you would have to say in that fictitious example that there is sexism.

Well of course I don't know the real figures but it does seem to me that there are more incidents of the men politically using this sexist language than the other way around, I take for example the nasty things that were said about Gillard's boyfriend when his sexuality was questioned. No one has ever questioned a PM's wife's sexuality, I didn't hear anyone calling Abbots wife a lesbian for instance. Now of course there is also the issue there about homophobia but to stick to the main issue here about sexism, I feel to some degree it is because the women won't get as down and dirty as the men. Obviously that is not what should happen, I mean we shouldn't stoop to their level, but sometimes I actually wonder if we should? For instance I was so angry at Abbott, his treatment of Gillard and then his subsequent messing up the country, I sometimes wish we had had a campaign where all of us lefties drew cartoons of him naked (something as offensive as possible with maybe a ball missing something!) and then decried his wife as a lesbian, and then emailed that out to everyone we knew! Yes I know everyone reading this is horrified at my suggestion, because I know two wrongs do not make a right, but sometimes I feel so angry that I just think well maybe that is the only way we women can win, be as vicious as the guys are and make the men feel like complete cr*p too!

I am a woman, in my late 30s and don't see a problem with calling gendered-terms. Women get the b word, men get the 'wanker', 'prck' word, cockadoodledohead etc. It's fair enough. Both genders have names. And us women call each other b's, and men seem to call each other the pr word, c.ck-head, 'wanker' etc. Um, I genuinely don't see the big deal? I mean, I would if it were only women getting the names, but men are called their own gender-specific names, too. So it's equal.