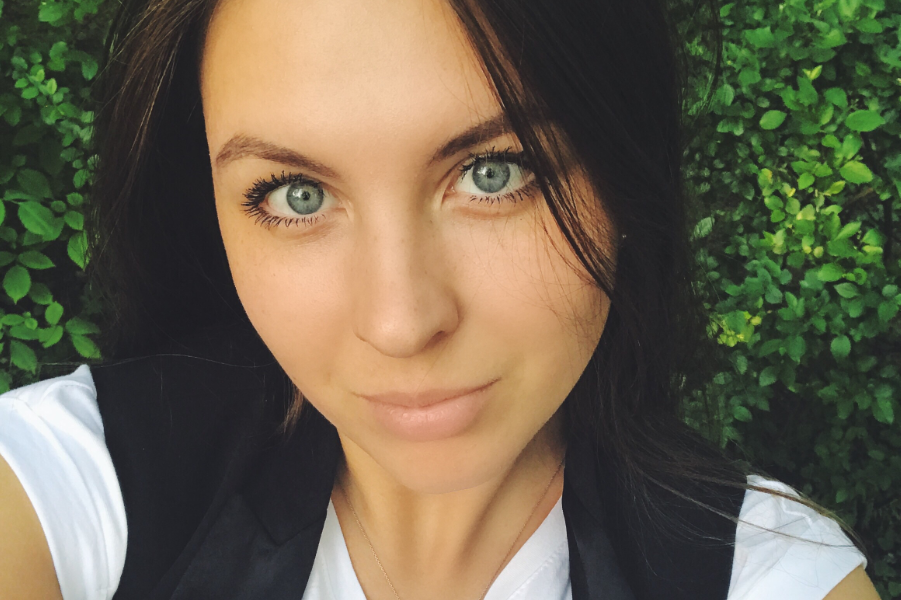 Maybe this is why they say you shouldn’t live with boys?

It was late on a Tuesday night and by this point I had already been to a dozen flat viewings – four that evening alone – and hope was rapidly evaporating. In desperation, I was learning to compromise and give up dreams of a roof terrace, double bed or stand-alone shower. I was even toying with the idea of male flatmates. I had lived with just one boy before and – besides some initial confusing feelings – it had been fine. Granted, we did have separate bathrooms.

I knocked on the door and was greeted by the girl I had been in touch with. We got along right away as she showed me around the flat. The kitchen was huge and there was even a separate dining room, not to mention a downstairs loo and a gorgeous garden out the back. Hope began to seep back in, even when I was faced with the teeny-tiny available bedroom in question.

Watch: How to have better sex. Post continues below.

The bed rested against the wall while bedside tables, dresser drawers and shelving units jostled for space, squashed together like half-price items at a yard sale, but I remained optimistic. The girl seemed great and the flat was super nice; I could make this work.

Then I saw the bathroom. A multitude of products littered the tub, hair rimmed the sink and it looked like mould had become part of the decor. As a cold wind whistled through gaps in the window, internally, I screamed.

While eyeing off a hasty retreat to the front door, the girl invited me through to the lounge to meet the other housemate. By this point, my expectations were on the floor and I was well and truly ready to call it a day.

But then I met Liam and finally understood the meaning of a perfectly chiselled jawline.

Exceptionally cute with dark hair, a strong beard, and arms so masculine you just want to be wrapped up in them, he was a juxtaposition of rugged and refined. With kind eyes and a great smile, I melted into the floor.

Stumbling over my words and trying to stop the heat from reaching my cheeks, I feigned interest in the property and we all sat down to chat. The conversation soon flowed from real estate to jobs, hometowns and life in the city, and – so distracted by my focus on attempting not to flirt, well at least overtly – an hour flew by. By the time I left, I was thanking them and telling them I’d be in touch.

But, despite fantasies of wandering around the flat in cute pjs and accidentally leaving the shower in just a towel, I knew I didn’t want the flat. This was great, because if I had, the housemate would definitely have been off-limits.

However, I knew I needed to see Liam again.

I spilled the goss at work the next day and, urged on by my colleagues, I fired off a text to the girl housemate.

“Hey, thanks so much for the viewing last night. I’ve found a flat elsewhere but was wondering, is Liam single?”

Immediately, she shot back a "lol" and passed on his number. Later that night, I asked him out for a drink.

I am not usually the type of girl to make the first move, but I just couldn’t let this opportunity pass. I knew what I wanted and had to get it.

We met at a bar after work the following week and by the time I arrived, Liam – looking equally handsome and husky in black jeans and a navy shirt, slightly rolled up at the sleeves – had a gin and tonic waiting for me.

He’d picked a couch, and, as I settled down into the leather upholstery, my cleavage hugging, black pencil dress drew just the right attention. Lips lingering on my straw, leaning towards him with my bare legs crossed over, I couldn’t help but notice how often his gaze rolled over my body.

While we mentally undressed each other, we didn’t stop talking. He told me about playing professional cricket in Australia and rugby in England.

Having already stalked his Facebook page, tagged images from the pitch came to mind; sweaty, dirty and covered in mud, not to mention his cover photo of 20 lads taking a post-game ice bath.

Listen to Overshare, the podcast you really shouldn't be listening to. Just like the best group chat with your mates, Overshare is a bit smart, a bit dumb and a bit taboo. Post continues below.

While I tried to keep my composure and focus on the conversation, his hand kept finding my knee, and as it moved closer up my leg each time, the sexual chemistry was undeniable.

After a G&T too many, we left the bar and he grabbed my hand as we walked down the street. Pulling me towards him, he kissed me deeply, before taking a step forward and pushing me up against the wall.

As his lips met my neck, whispering “come home with me”, a cheeky hand reached my ass and all those best intentions fell away.

Laying me down on his bed, with just streetlights shining through the window, he tugged my dress off and unzipped himself.

If my previous expectations had been low, they were now extraordinarily exceeded. It wasn’t just length, there was girth I’d never seen before and I was wet with excitement, if not a little daunted about how it would fit.

But inch by inch he filled me until the pleasure was too much to bear, and, laying on top me with one hand clamped over my mouth to begin with before giving up, he led me to do something I’d never done before – multiple orgasm, one straight after the other.

We did it another two times that night, caught up in bedsheets and each other. Time spilled over, as he pulled me to my knees and into doggy, spanking my behind.

By the morning, the gin had worn off and we were a bit more coy when he woke me up by stroking down my legs and in between.

Spooning together, he squeezed himself inside me. Slow at first, while I tried to suppress my moans, before a text from his housemate shattered the illusion; “I CAN HEAR YOU.”

Creeping out half an hour later, I took one look at the bathroom and had to laugh. I never thought I would be grateful to some mould for giving me an orgasm.