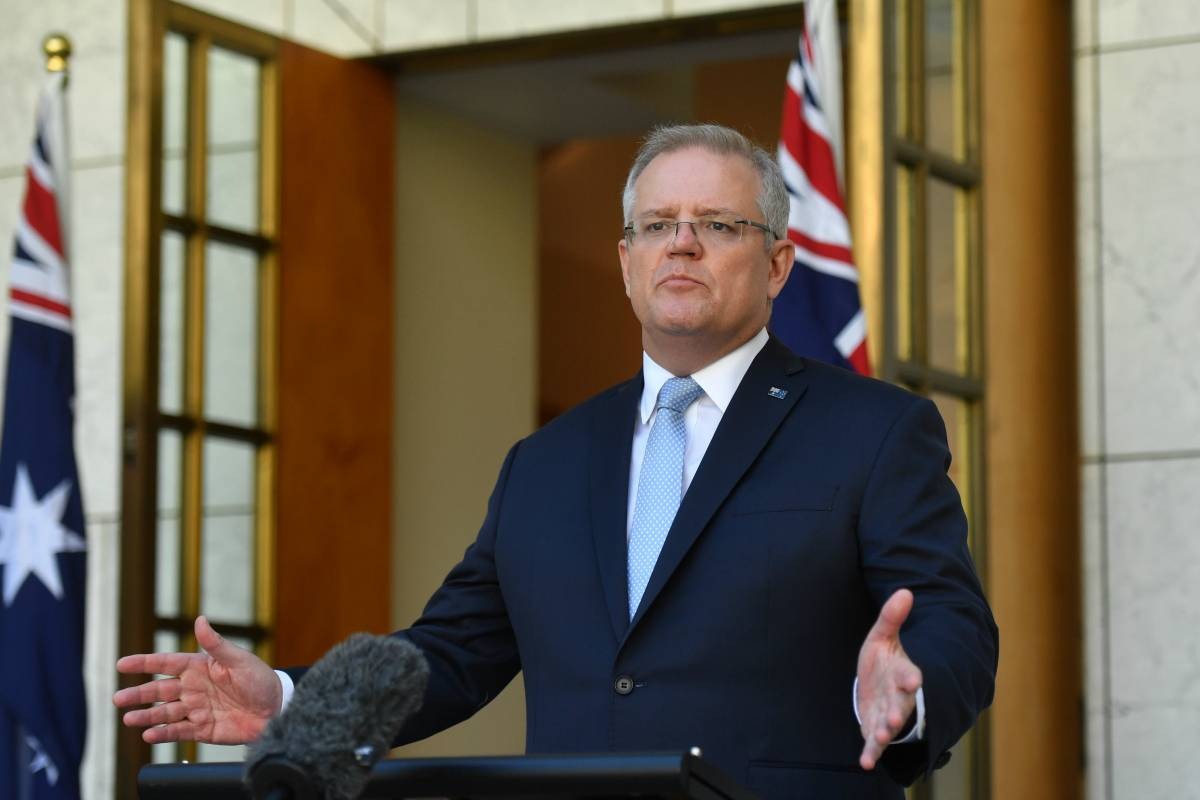 On Tuesday afternoon, Prime Minister Scott Morrison was joined by Chief Medical Officer Dr Brendan Murphy to give an update on the state of COVID-19 in Australia, where there are currently nearly 6,000 confirmed cases.

The Prime Minister and Dr Brendan Murphy said early indications of flattening the curve in Australia are positive, however both emphasised the importance for Australians to not be complacent.

Dr Murphy added that our COVID-19 death rate in Australia is low compared to other countries.

New modelling to be released

Scott Morrison announced the government will release the modelling system that is behind Australia's response to COVID-19.

This will be released later today - available for all Australians to access - and is based on international data.

Morrison emphasised that the modelling will not show predictions for how many Australians will contract coronavirus, but rather "proves up the theory" of flattening the curve.

"It confirms based on that international data that by taking the measures we're taking, you can make a difference and indeed that is what we're experiencing here in Australia. We are on the right track."

"It will help us plan the way ahead," the Prime Minister said. "The lesson is simple, and that is that we must continue to do what we are now doing."

Dr Murphy explained the modelling in further detail, and stressed it is based on countries that have suffered significantly more coronavirus cases than Australia.

There will be two papers from the Doherty Institute, one will look at whether we have the right tools to manage the worst case scenario of coronavirus and the other analyses the risk of people travelling to Australia from other countries.

Dr Murphy confirmed that Australia has so far been successful in flattening the curve, but warned Australians that "complacency is our biggest risk".

The modelling system does not show or predict when Australia will relax social distancing measures.

Prime Minister Scott Morrison said the Easter break will be of critical importance for the course of coronavirus.

"This Easter weekend will be incredibly important. Stay at home," the Prime Minister said. "Failure to do so this weekend will completely undo everything we have achieved so far together."

Although "we are making significant process" and have so far have avoided the tens of thousands of coronavirus cases experienced by other countries, the Easter break will be critical to continue to slow the spread of COVID-19.

"We cannot be complacent," the Prime Minister emphasised.

Prime Minister Scott Morrison said the national cabinet agreed on a mandatory code to be legislated and regulated by the states and territories.

"The code will apply to any tenancies where the landlord or tenant applies for JobKeeper and where they have a turnover of $50 million or less.

"The code brings together a set of good faith leasing principles. Landlords must not terminate the lease, and tenants must honour the lease."

"If we in any way lose the rigour that the Australian community has embraced, it could all come undone. This virus could spread to 30, 50, several hundred people very quickly. We have got to be maintaining that vigilance."