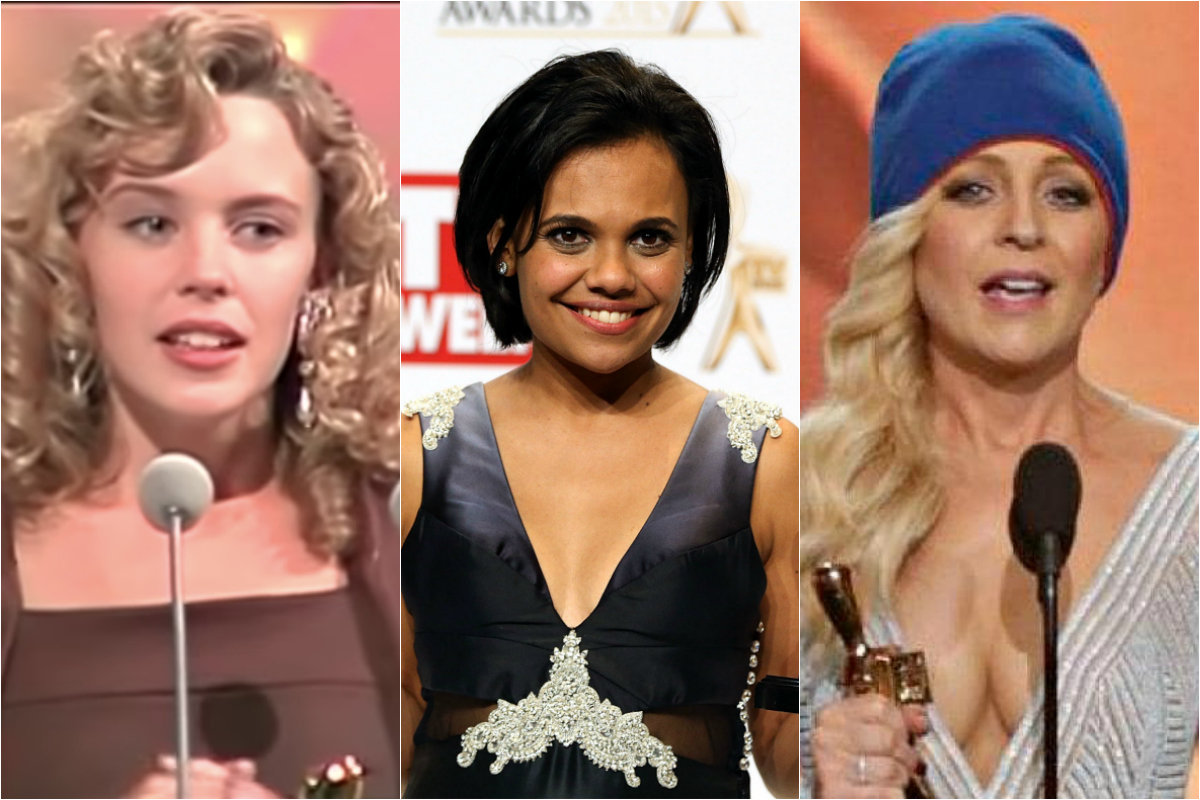 This weekend was meant to mark the 62nd Logie Awards.

Due to the coronavirus pandemic, the prestigious awards ceremony was called off earlier this year for the first time since it began in 1959.

Now, though, it's proved an opportunity to reminisce and reflect on the history of the Logies, filled with the sometimes controversial, often influential and always hilarious moments the ceremony is known for.

From powerful to painfully awkward, here are just some of the most memorable moments from the long history of the Logie Awards. 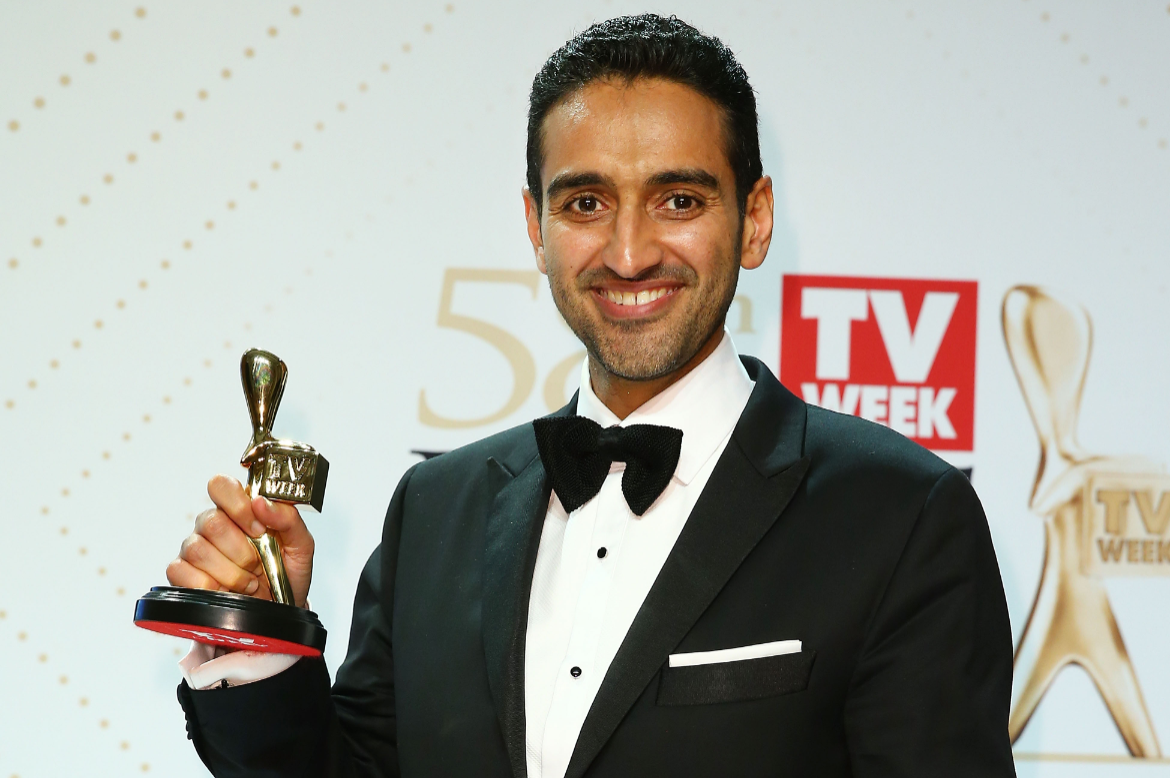 In 2016, journalist Waleed Aly won the coveted Gold Logie Award before giving a powerful speech about the prevalence of racism within the Australian TV industry, and the urgent need for networks to do better.

"There have been a lot of people in the past week or two who have made it clear to me that me being here right now really matters to them," Aly said.

"It matters to them for a particular reason.

"That reason was brought home... not so long ago actually when someone who is in this room, and I'm not going to use the name they use in the industry, came up to me introduced themselves and said to me, 'I really hope you win. My name is Mustafa. But I can't use that name because I won't get a job'.

"He's here tonight. And it matters to people like that, that I am here." 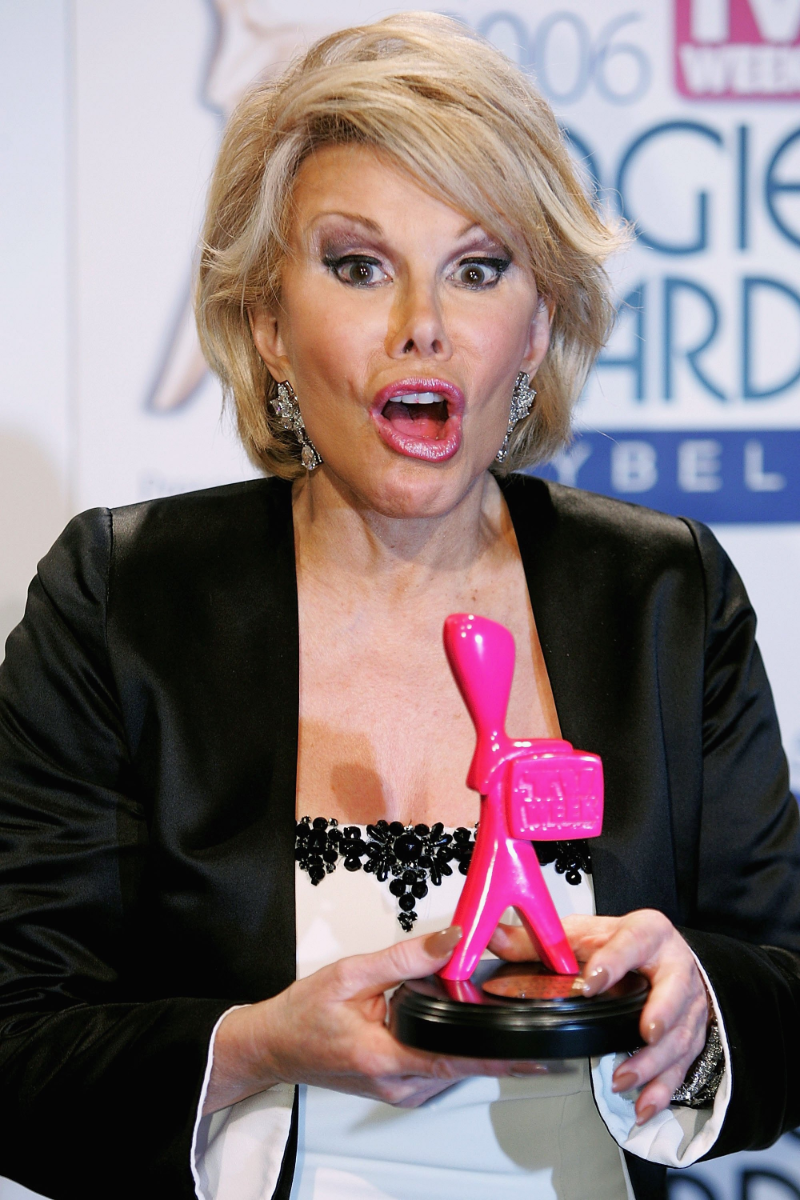 Joan Rivers with her pink Logie during her 2006 appearance. Image: Getty.

The late Joan Rivers appeared at the 2006 Logies alongside entertainment reporter Richard Wilkins, when she delivered her signature comedy full of shocks and surprises.

On stage, Rivers laughed: "They don't know who the sh*t I am.

"I don't know why the f**k I'm here. I know him [pointing to Wilkins] and I know you're all famous and I hope you all win. I know I'm sitting with important people, I don't know who you are."

Wilkins then handed the American comedian a pink trophy, before she chucked it behind her saying it was "the ugliest award I've ever seen". 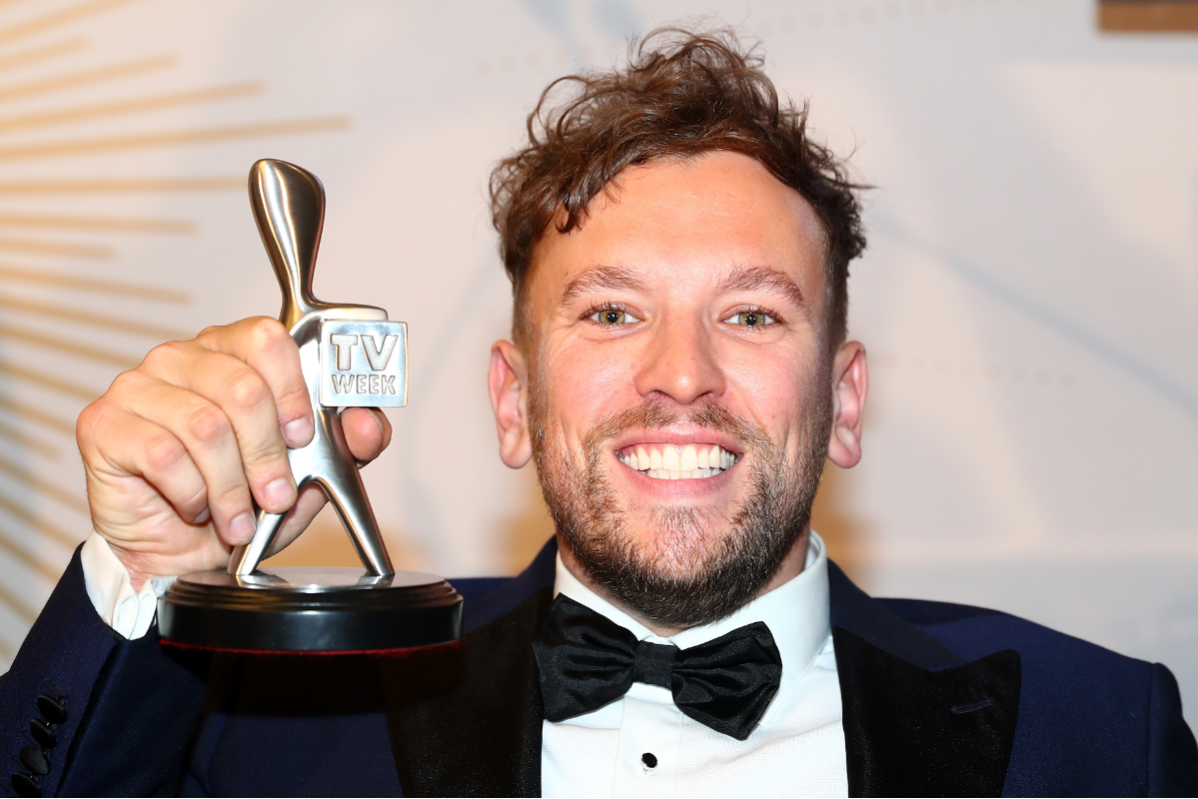 In 2019, tennis champion, Paralympian and media commentator Dylan Alcott accepted the Graham Kennedy Award for Most Popular New Talent, when he used his speech to highlight why disability representation and visibility on TV is so crucial.

“I used to absolutely hate having a disability," the 29-year-old revealed. "I’ve been in a wheelchair my whole life, and I hated it."

“One of the reasons I did hate it was, when I turned on the TV, I never saw anyone like me. And when I did see someone like me, it was on a road safety ad where someone drink drives, has a car accident and the next scene is someone like me whose life is over. And I was like, that’s not my life," he continued.

“I wanted to get a job on TV because I love sharing stories but also to show that people with disabilities can be talented, funny, humorous, just normal people enjoying their lives."

Indeed, it was a powerful moment for the over four million Australians who live with a disability. 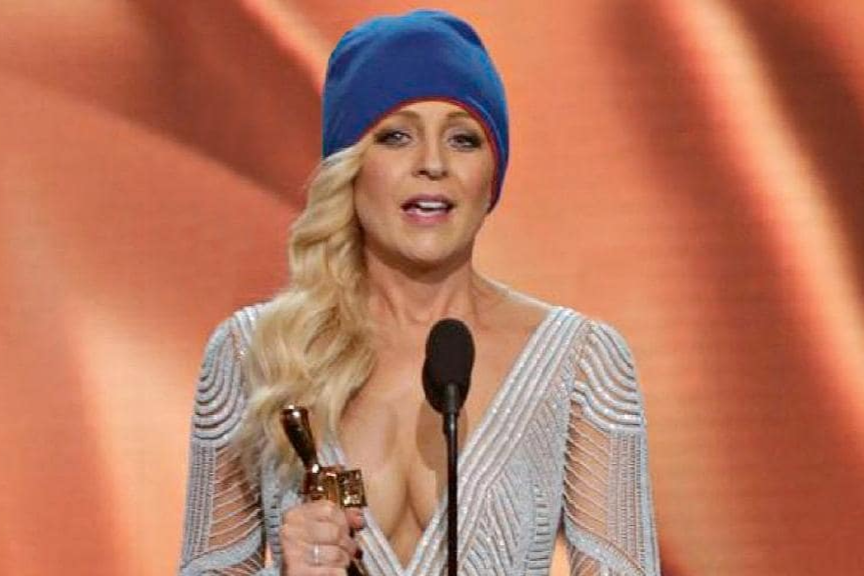 Carrie Bickmore during her speech for the Gold Logie in 2015. Image: Getty.

In 2015, The Project journalist Carrie Bickmore gave an emotional speech when she accepted the Gold Logie for Most Popular Personality on Australian television.

Bickmore spoke of her late husband Greg's battle with brain cancer, as she pulled on a blue beanie and kickstarted her Beanies for Brain Cancer charity initiative, which has since raised over $12 million.

The television presenter said Greg, who passed away in 2010, was embarrassed by the scars on his head and so would wear beanies throughout his journey with cancer.

"I want to ask anybody that's on TV in Australia tomorrow to whack on a beanie. I want to get the nation talking about brain cancer. It receives next to no funding, which is ludicrous because without funding more people are going to die," she said. 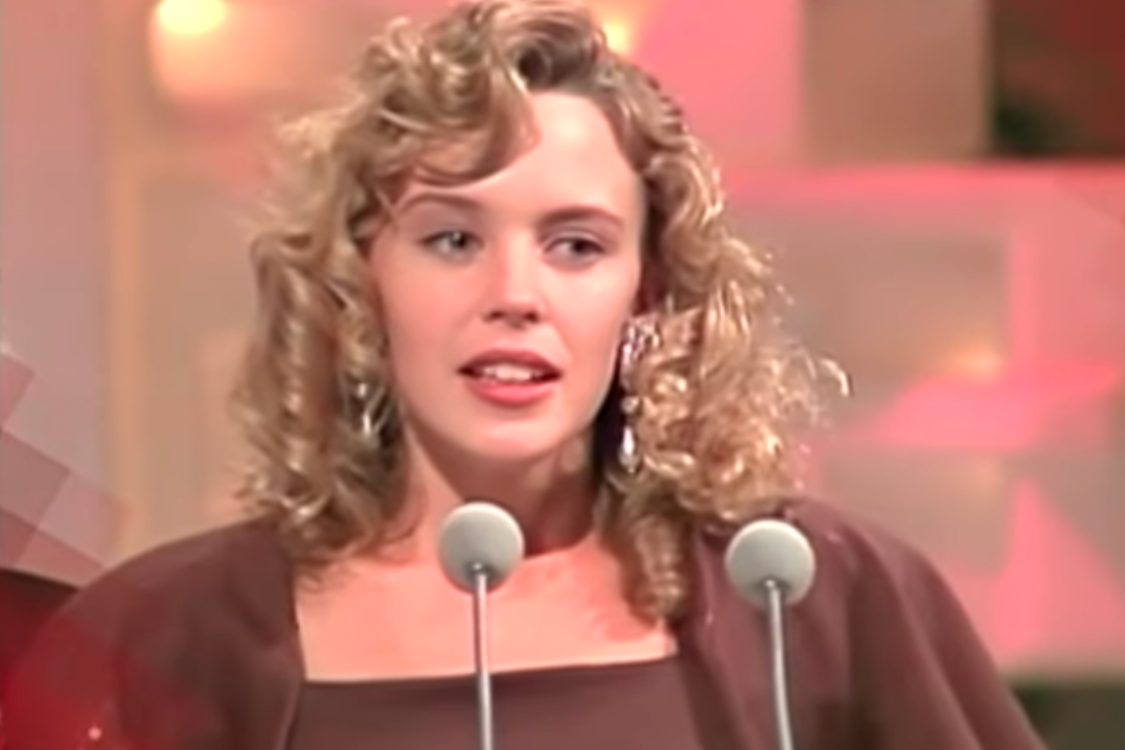 In 1988, then 19-year-old Kylie Minogue won the Gold Logie along with two awards for Most Popular Actress and Most Popular Music Video for Locomotion.

She became the youngest ever Gold Logie Winner, and at the time spoke of her aspirations to take her single overseas.

"I hope I can make the industry proud in some way, I know I'm just learning," the then teenager said during her acceptance speech.

Of course, she went on to become an international superstar. 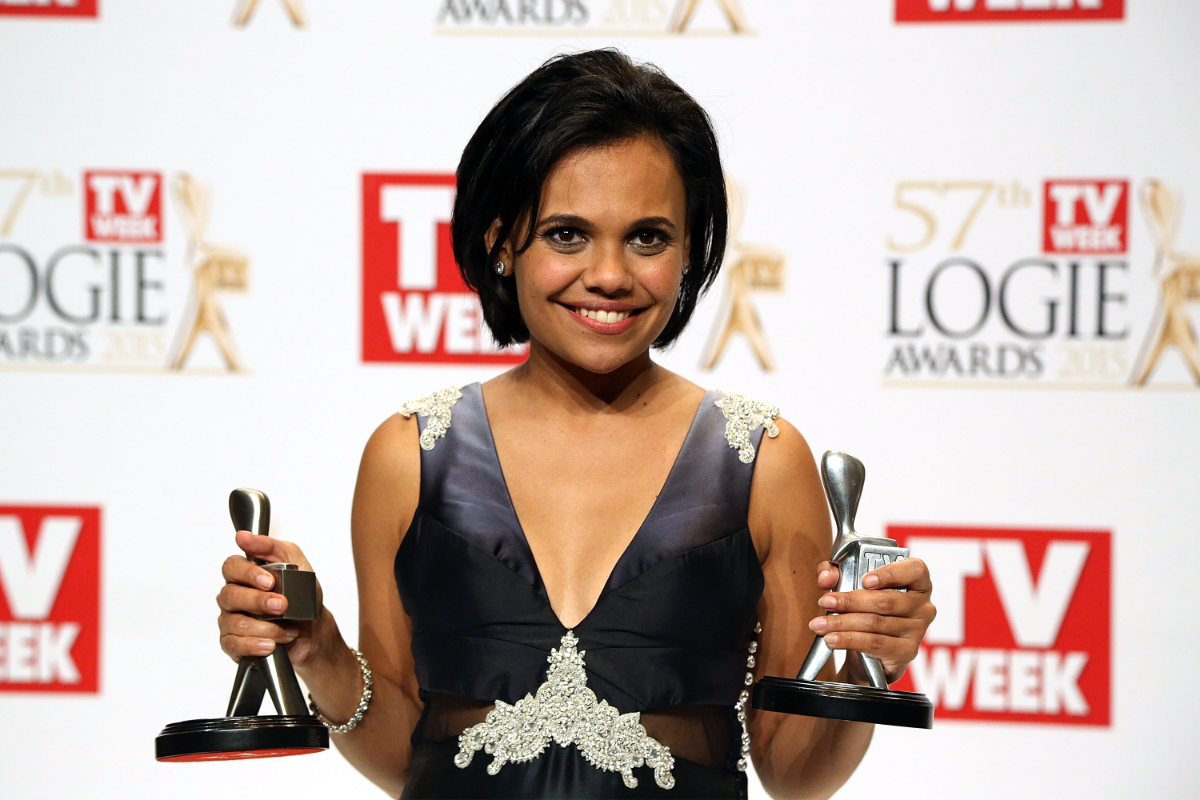 Miranda Tapsell won a Logie for Most Popular New Talent and the Graham Kennedy Award For Most Outstanding Newcomer in 2015. Image: Getty.

In 2015, Northern Territory actress Miranda Tapsell won Most Popular New Talent and Most Outstanding Newcomer. She used her acceptance speeches to highlight the importance of racial diversity on screen, delivering an unforgettable moment.

"Put more beautiful people of colour on TV and connect viewers in ways which transcend race and unite us," Tapsell, who played Martha in the show Love Child, urged.

Tapsell played an Indigenous mother who was forcibly removed from her family at four years old, before working in Kings Cross Hospital.

"Many ladies can relate to Martha but there is something really special about reaching the Aboriginal and Torres Strait Islander women who had experiences like the girls in Love Child," Tapsell said.

"These women can look at Martha and think, 'That was me'."

Samuel Johnson on his sister Connie. 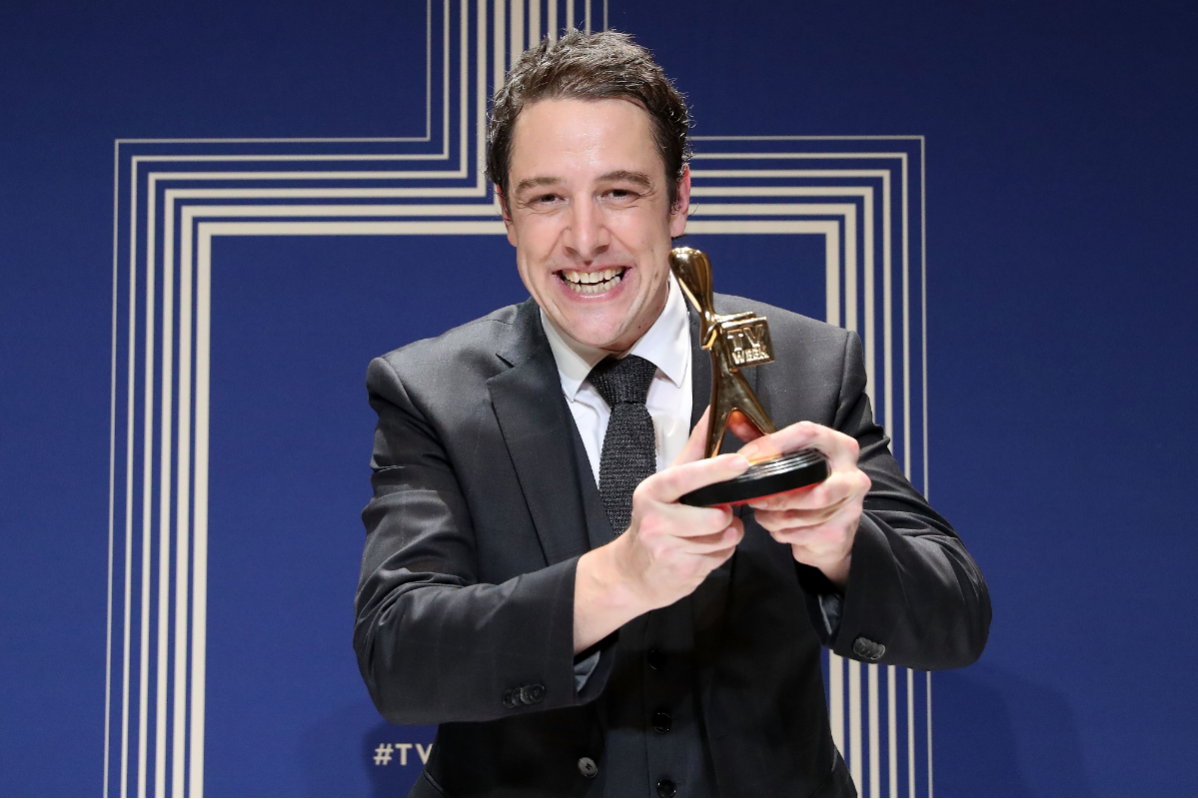 Samuel Johnson with the Gold Logie Award in 2017. Image: Getty.

In 2017, Samuel Johnson took home the award for Best Actor and dedicated the award to his sister Connie, who at the time was dying from cancer.

“She’s going to go out fighting,” Johnson told the audience.

“I love you Connie, I love you,” Johnson yelled with a smile, holding his award high.

Johnson also drew attention to his sister's fundraising efforts, in which Connie aimed to create the world's longest row of coins.

“It’s only $2.90 to buy one metre of five cent coins," he said. "The heart is being made in 12 days and, on behalf of my beautiful sister Connie who I dedicate this award to, I’d like to urge any family watching, affected by cancer or not, to join us in our quest.”

At age 40, Connie Johnson passed away just months after her brother's powerful speech.

In 2003, the late Steve Irwin seemingly fell off the stage whilst handling a snake, before the snake bit reporter Tim Webster who was in the audience.

It was certainly one of the more dangerous moments in Logies history.