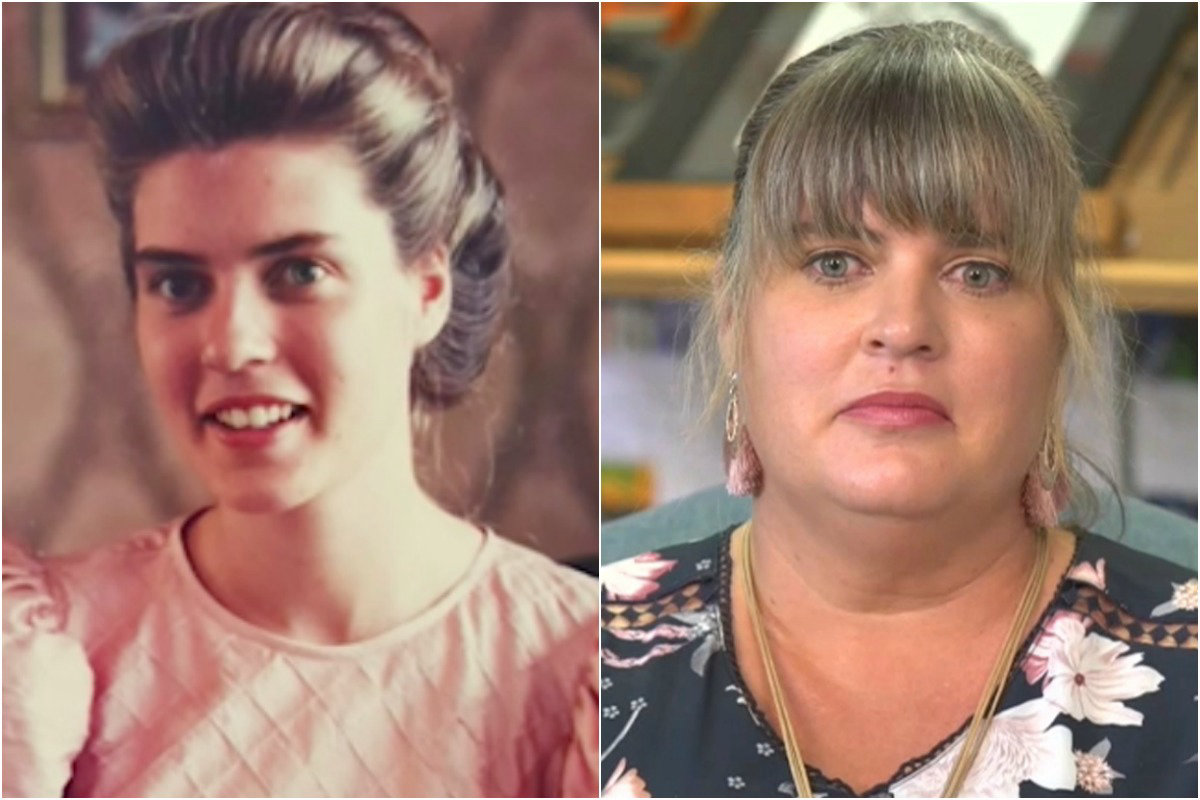 Christina Rasmussen graduated high school in the top one per cent of her state.

But her achievements were far from celebrated, even by her, because her purpose in life, according to the fundamentalist Christian organisation she grew up in, was to be a mother.

"When you're in a cult you're like a programmed robot," Christina told Mamamia. "That's the best way to describe it. You are not allowed any of your own thought, personality, or emotion."

Christina's family has been a part of the cult-like organisation for five generations.

It doesn't operate under a specific name, but is commonly referred to as The Truth Church, and is so secretive the true number of followers is unknown by the congregation.

They live in normal houses, in normal communities, and the kids attend normal school. But their lifestyle is anything but normal by modern society's standards.

There's no TV, no makeup, no jewellery, no dancing, no music, no freedom of expression, and absolutely no tolerance for emotion. 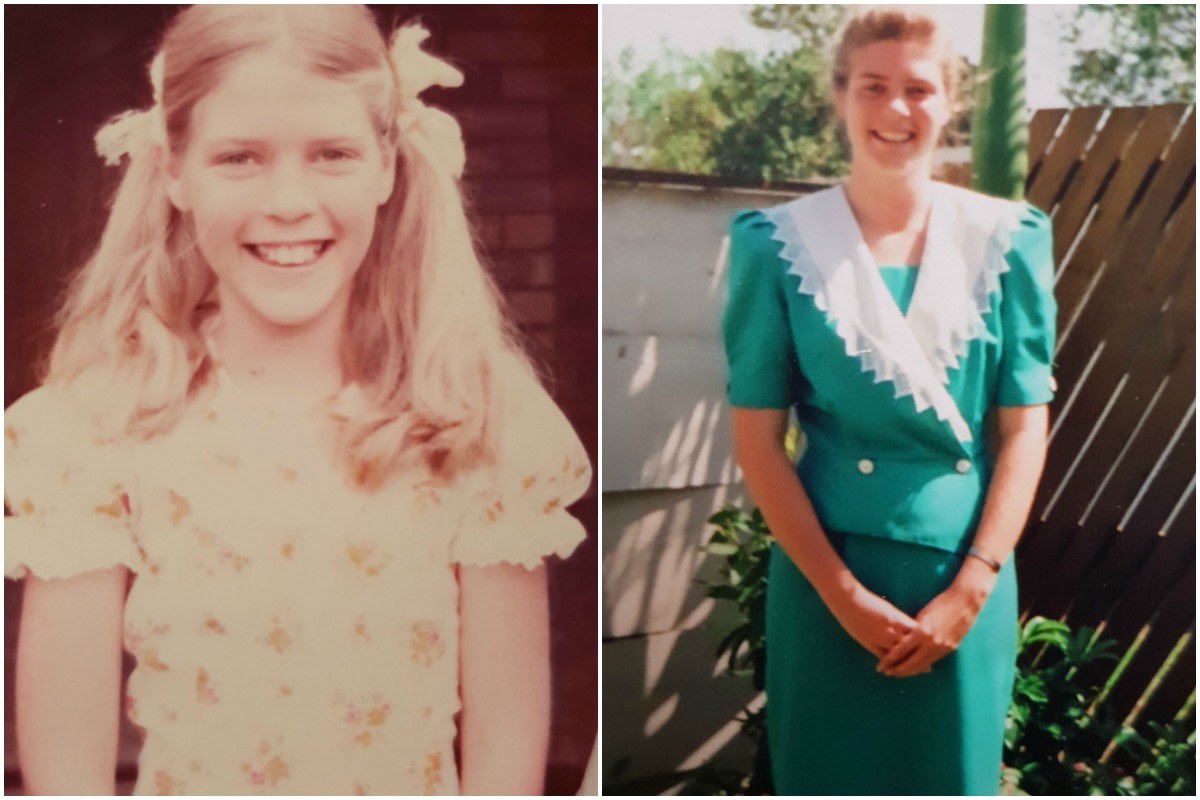 Christina, pictured as a child and a teenager. Image: Supplied.

"When my son was nine, his great grandfather died. He was incredibly close to him, so my son cried at his funeral. But the moment the service was over, the minister came over and berated my son for crying and showing emotion. He shouldn't be showing emotion... because it was a form of self-expression," Christina explained.

As a woman, the rules were particularly oppressive. In fact, while comparing her world to that depicted in the Netflix series Unorthodox, Christina remarked: "Those women had more freedom than us, they could wear jewellery and drink alcohol. We couldn't do either".

"Every aspect of your life is controlled. Who you marry, what your career is, where you live, what your home is like, what you wear. You must have long hair, you aren't allowed to wear pants, and while there aren't arranged marriages, there are 'approved' marriages, in the sense that you can only marry within the cult," she said.

As for things like women's rights, sex education and feminism, they are non-existent.

But Christina says the most troubling side, is the high levels of domestic and family violence and child sexual assault within the organisation's communities.

"It's like any organisation where there's no accountability and secrecy, those things can thrive," she told Mamamia.

In April 2019, 60 Minutes revealed the results of a 12-month investigation into "unspeakable sexual attacks by members of the church".

At the time the broadcaster remarked, "the truth about The Truth is highly disturbing and demands a formal inquiry by police and welfare authorities".

Christina is a survivor of family violence, and it was her depressive episodes, brought on by years of childhood trauma, that eventually saw her seek the help of a psychologist in her 40s.

"I went to a psychologist, obviously not approved by the cult, and I worked with her for two years. I figured out I was living a lie... a complete lie. It took two years to figure out what my personality was, what my strengths and weaknesses were. To have free thought, to identify emotion (I couldn't tell you the difference between happiness and sadness). It's all programmed out of you," she told Mamamia.

Then, at 43, Christina left the church.

She sent an email to her church elder, friends and family and announced that she was leaving, which in their eyes would have meant she was becoming "worldly," a fate which would lead to cancer, or a car accident, or death according to their teachings.

They didn't convince her to stay. They don't bother. As Christina says, once you've reached that point of being able to say "I'm going" they know they don't have control over you any more. 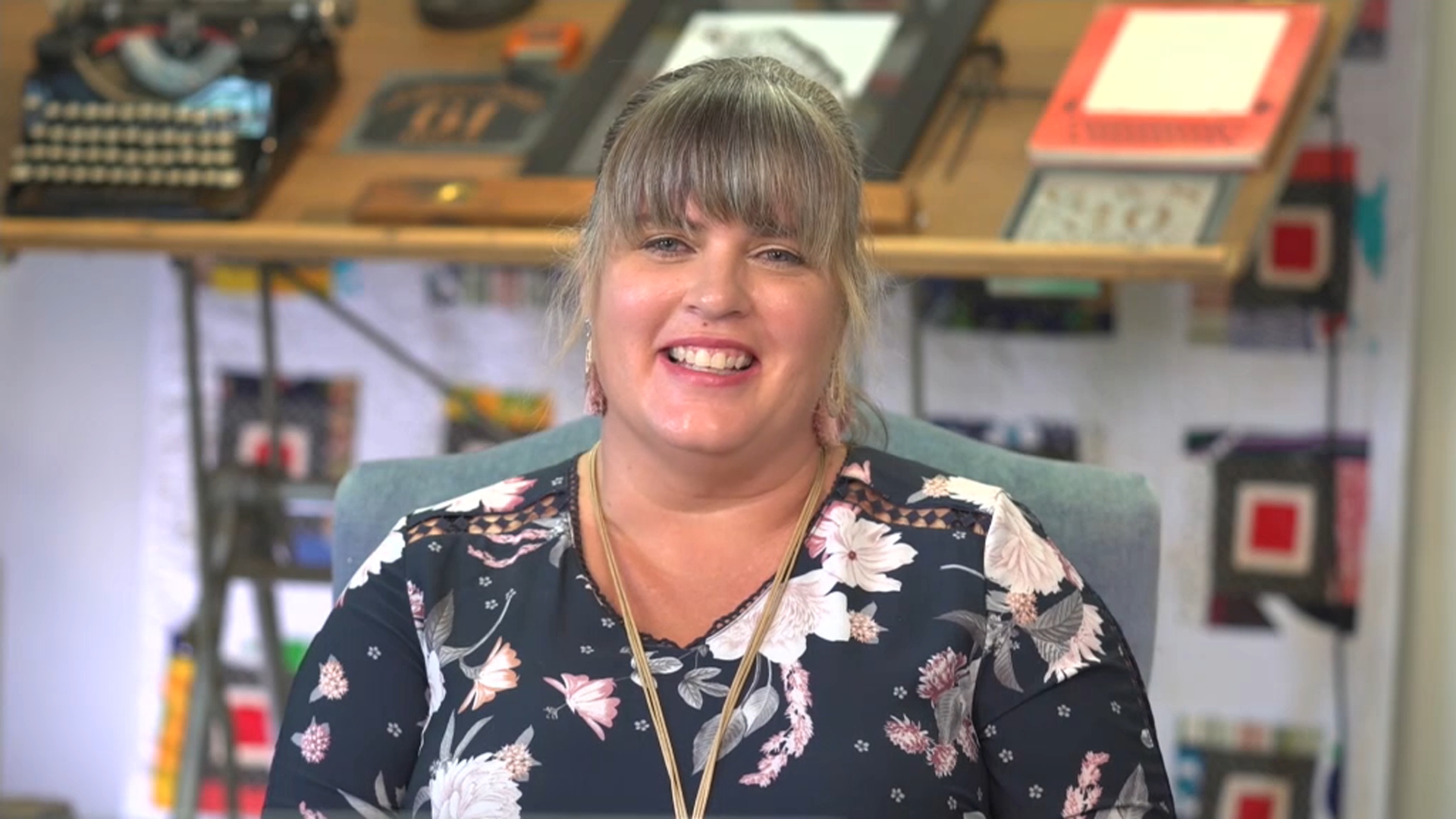 Christina sent a message to her elders when she was 43, and told them she was leaving. Image: SBS.

But leaving the life she had known for four decades was anything but easy. In fact, there are days when Christina misses it.

"I am incredibly lonely," a now 46-year-old Christina told Mamamia. "You miss everybody and everything. I thought finding friends would be easy, but three years on I am just as lonely. I joined Rotary late last year, because their values fit mine, but I am a long way from having someone I can ring up and say 'I'm having a shitty day let's have a coffee'."

But despite the challenges, there is absolutely no way she will ever return to her former life.

When asked by Mamamia, who the 'new' Christina is, the Queenslander laughed. It's still a novelty being allowed to have a personality.

"I am this amazingly strong, feminist, intelligent person, and I value serving my community - which is something you definitely can't do when you are in the cult," she said, the grin evident in her voice.

You can hear more about Christina’s story tonight on SBS Insight, at 8.30pm.