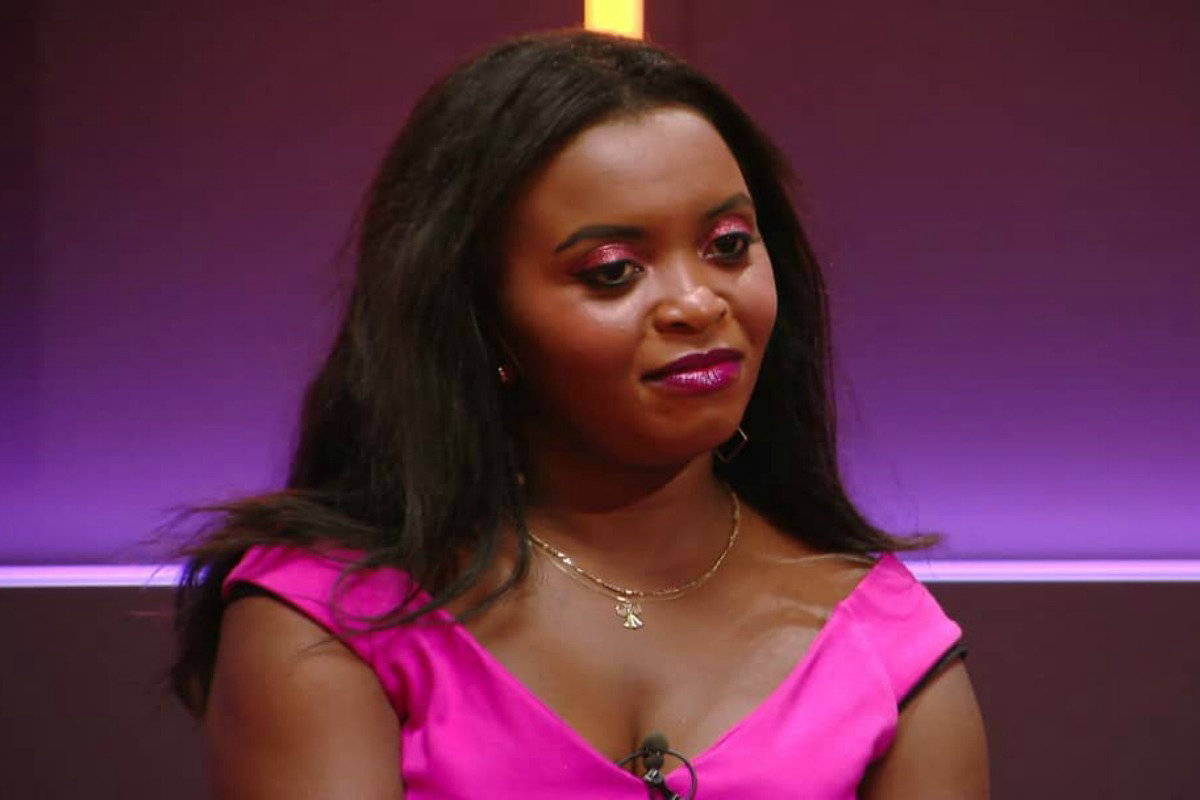 1. "She publicly decimated my character twice." Inside the behind-the-scenes Big Brother drama.

Big Brother has certainly seen its fair share of drama this season. And now it seems there's even more drama playing out behind-the-scenes.

As seen in screenshots obtained by the Daily Mail, the drama then escalated between the housemates when Dan shared the article in their group chat, writing: "Good little read, appreciate the support Ang."

"Just a f*cking low shot for no reason at people who can’t defend themselves. F*ck me, so disappointing," Dan added. 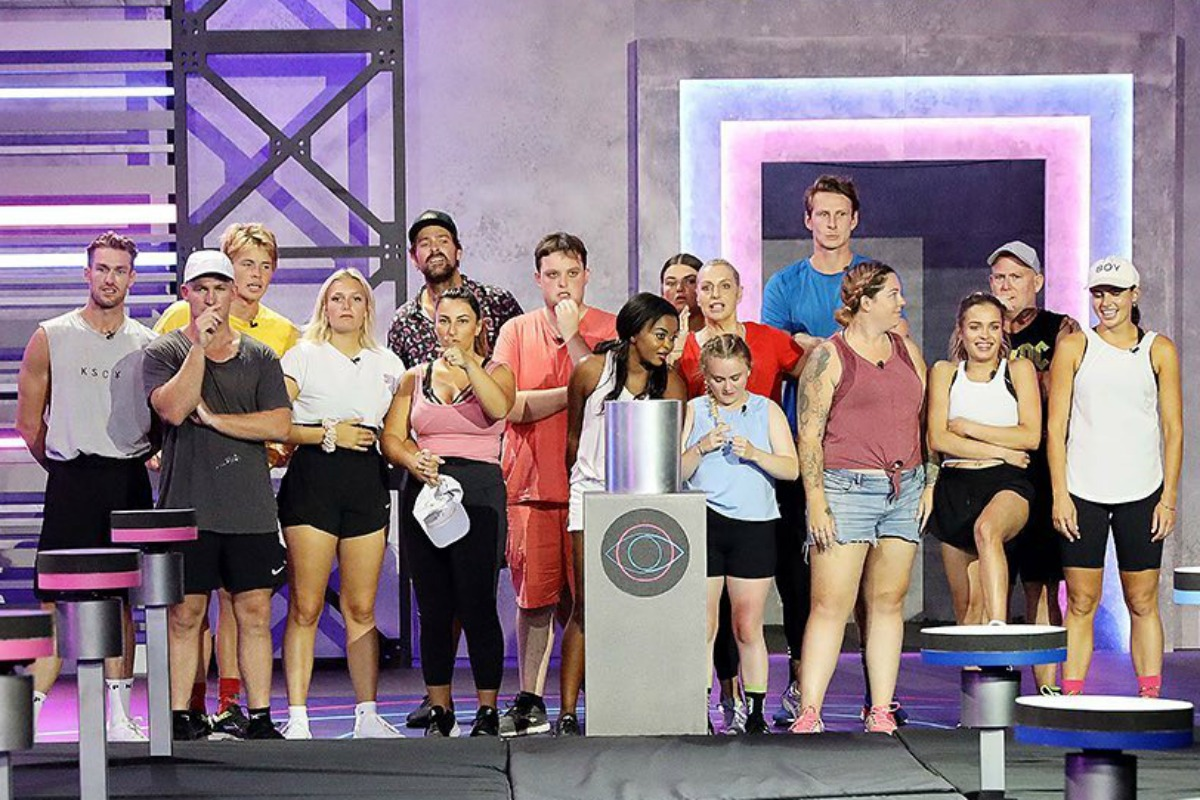 Angela then responded to the messages with a single kiss emoji.

"Angela, this is all really mean, I’m so disappointed," Garth wrote.

"You say you came to Australia with just a suitcase... well that suitcase was fill[ed] with silver spoons and a f*cking load of self entitlement. Shame on you," he added.

After Angela replied saying she’s "not here for it", Garth responded: "Wake up Angela because it’s time to listen, you are a nasty b*tch."

In other behind-the-scenes news, Casey called out Angela on Instagram on Monday night after Angela accused her of coasting through the season.

"Angela played a fierce game both mentally and physically. I have never denied that," Casey wrote.

"If you want a bully look no further."

Yep, it's a lot. And we're sure we probably haven't heard the last of it either.

As the premiere date for Bachelor in Paradise slowly approaches, more and more rumours surrounding the season are beginning to circulate.

In fact, there are already loads of rumours about which contestants might get together.

Abbie Chatfield and Ciarran Stott were first, then Timm Hanly and Brittany Hockley, and now Helena Sauzier and Jamie Doran are the latest pair of contestants to spark dating rumours.

A few days ago, Helena shared a photo of herself and Jamie to her Instagram Stories, writing: "You!!"

"I sure hope they're together [because] they'd make a perfect couple," one fan responded.

"They both beat to the rhythm of their own drum so if they're together, they're suited," another agreed. 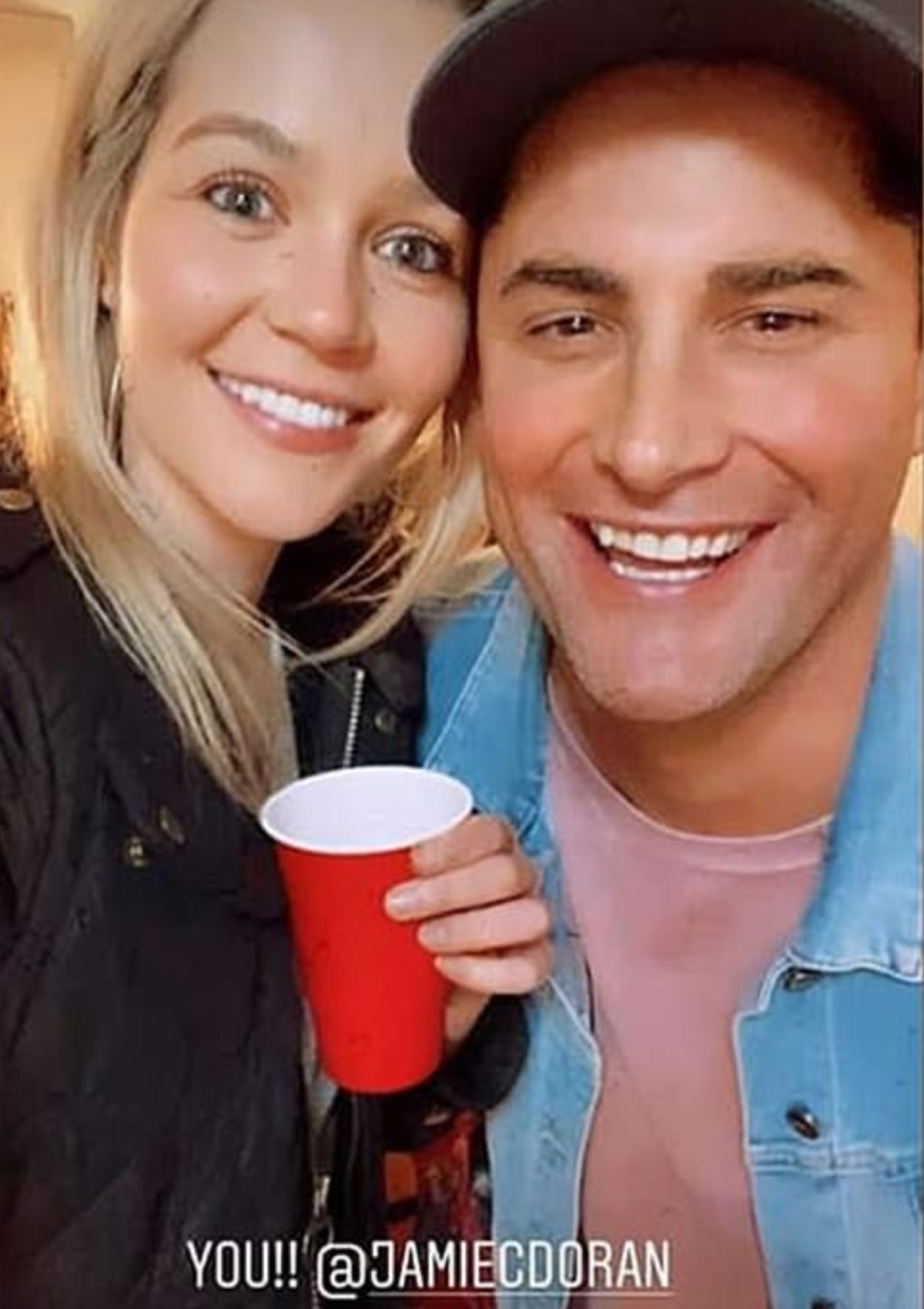 But so far, of course, it's all just speculation.

Helena competed on Matt Agnew's season of The Bachelor, while Jamie competed on Angie Kent's season. And now, both of them will be heading to Fiiji for the 2020 season of Bachelor in Paradise.

Bachelor in Paradise premieres on Wednesday, July 15 at 7.30pm on Channel 10.

3. It looks like Michael Clarke and Pip Edwards are now officially dating.

After months of rumours, Michael Clarke has reportedly confirmed his new relationship with Pip Edwards.

According to the Sydney Morning Herald, the former cricket captain and fashion designer are officially dating.

"The newly-separated cricket star confirmed his relationship with P.E Nation activewear co-founder Edwards to a well-placed source," the publication reported.

According to the publication, the couple are reportedly keeping their relationship "low-key" as they both have children from previous relationships.

"After living apart for some time, we have made the difficult decision to separate as a couple, amicably," the couple shared in a statement.

"With the greatest of respect for each other, we've come to the mutual conclusion that this is the best course for us to take while committed to the co-parenting of our daughter."

Anne Hathaway has shared some of the unusual rules that director Christopher Nolan makes actors follow.

The 37-year-old actress, who worked with Nolan on The Dark Knight Rises and Interstellar says the award-winning director doesn't allow chairs on set.

"I worked with him twice. He doesn’t allow chairs, and his reasoning is, if you have chairs, people will sit, and if they’re sitting, they’re not working," she told Hugh Jackman in a video chat for Variety.

“I mean, he has these incredible movies in terms of scope and ambition and technical prowess and emotion. It always arrives at the end under schedule and under budget. I think he’s onto something with the chair thing.” 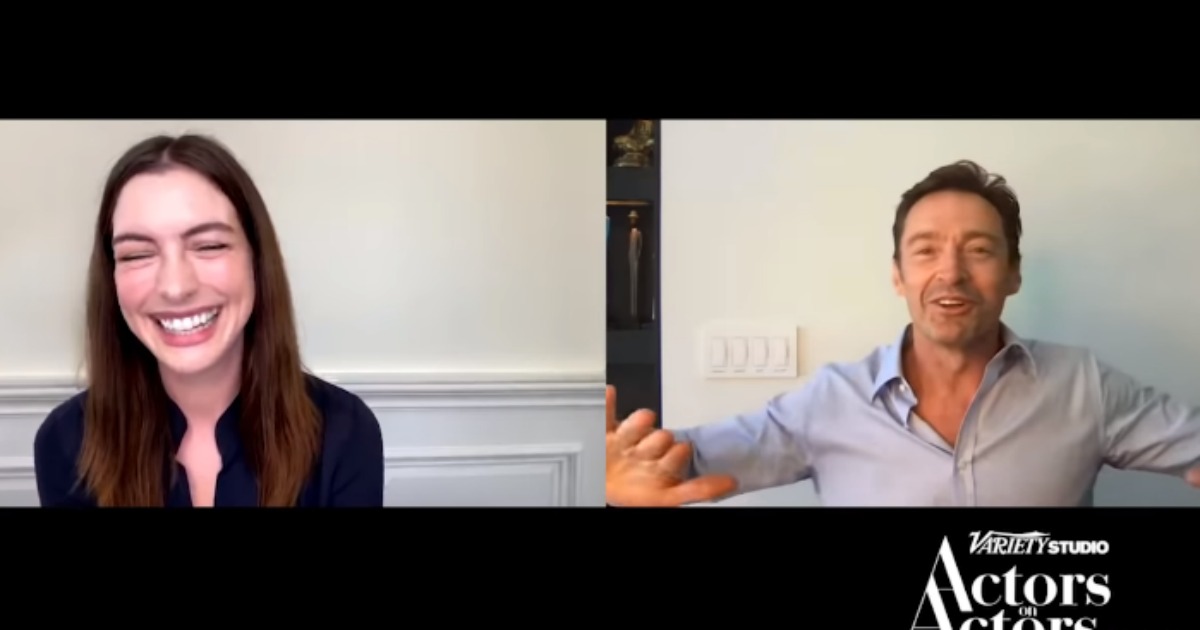 Hathaway also told Jackman that Nolan doesn't allow mobile phones on set. The 51-year-old Australian actor shared that directors Darren Aronofsky and Denis Villeneuve also follow the same rules when he's worked with them in the past.

"Both of them had exactly the same reason, which is exactly what you were saying: It’s about intentionality. Both of them talk about the space being sacred. If you’re on a cellphone, it dissipates that energy," he said.

Despite the rules, Hathaway said she enjoyed working with Nolan when she played Catwoman.

"You know how you have those jobs and you just go, ‘I don’t know how I’m going to work again because this was such fun?’"

Their epic waterfront home in Sydney's Northern Beaches went on the market in November 2019. And now, Aussie supermodel Jennifer Hawkins and her husband Jake Wall have reportedly sold the property for a whopping $20 million.

The couple, who recently welcomed their first child, daughter Frankie Violet, have decided to move up to the New South Wales Central Coast to be closer to family.

“We really made some amazing memories here but I’m looking forward to designing a house with Jake with a similar aesthetic closer to family," Hawkins, who is a low-key property mogul, shared with Title Deeds.

“I’ve always dreamed of living on an acreage by the ocean and now that we’ve just had our daughter Frankie we’d like to live closer to family while she’s young but still close to our work in the city, so we have our eye on Avoca, MacMasters [beach] and Wamberal.” 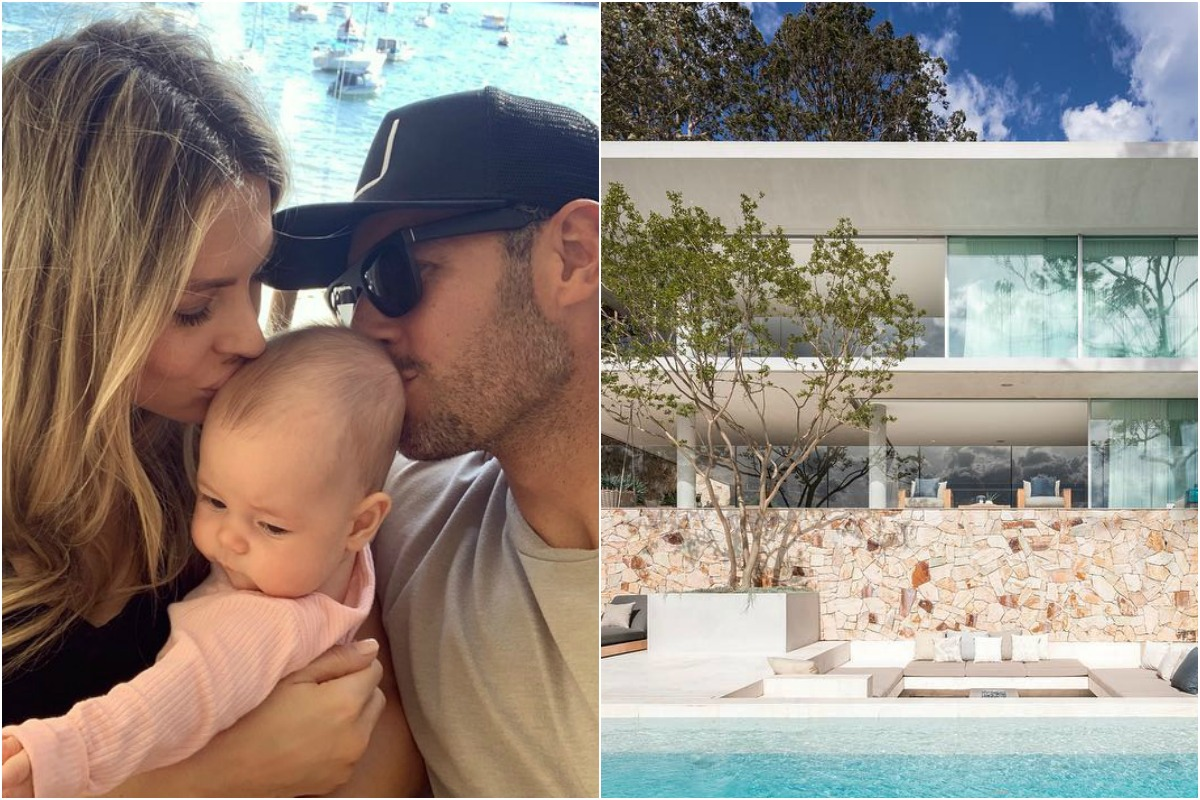 It features an indoor lift, private cinema, walk-in wardrobe (of course) and our favourite feature, a fully stocked home bar - which we've seen in regular glimpses on Jennifer's Instagram.

Oh, and it has direct access to a private beach complete with panoramic harbour views.

Here are all the photos, if you're curious. We'll be keeping a close eye on Jen's socials for what the enterprising family build next.